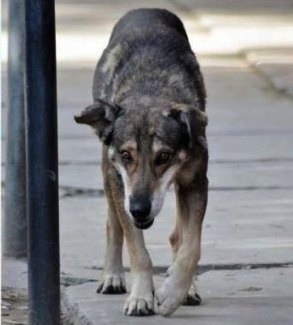 We know the story of Hachiko, the Akina Inu from Japan who waited at the Shibuya train station for his master during many years- even after the dog’s had owner died. Well, Bolivia now has its own version on this loyal dog.

The South American canine has been dubbed “Huachi” or “Huachito,” and even though he is not a pure breed dog, he is very loyal.

For the past five years the dog has been living on the same street of Cochabamba, Bolivia, where his human lost his life.

Huachi is a brown color, mixed dog, who every day accompanied his mater, a university student, to school. The dog’s owner would travel on a motorcycle while the loyal dog followed close behind. But five years ago, his owner died when a taxi crashed onto the motorcycle.

Since that fateful day, the brokenhearted dog remained on the same street corner. Fortunately for him, local merchants have grown to love him and they look after him.

According to Elizabeth Martha García, the dog still cries for his owner.

“[Huachi] walks from corner to corner, just where the accident happened,” said Garcia on a report for Noticias Caracol. “He stops at the corner where his owner died and he howls.” 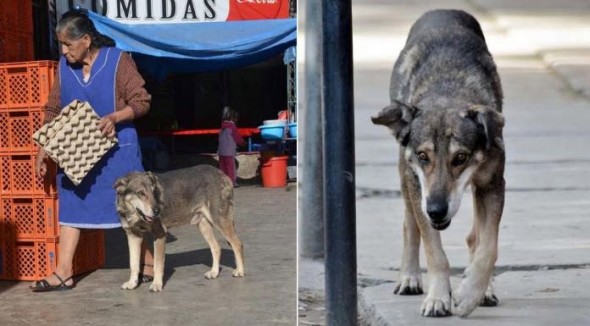 Local merchants say the first few days after the tragic car accident the dog was very desperate. He cried all the time and howled any time a motorcycle passed by. The Bolivian Hachiko thought his owner was anyone on a motorcycle.

Everyday Huachi shows up in the area around 6:30 – 7:00 a.m. He gets breakfast from a corner store, and takes his meal to his usual corner. Around lunch time, the dog visits a small local restaurant or heads over the nearby market where knows his human friends will always have food for him, and at night he frequents a local steak house where he dines and many times finds a warm place to spend the night.

Many people have tried rescuing Huachi, including his previous owner’s family, but somehow Huachi always escapes and returns to the place where he lost who he loved the most.

Huachi, we hope you find love and comfort in those close to you who care and love you.