Introduction to the genetic situation of Akitas 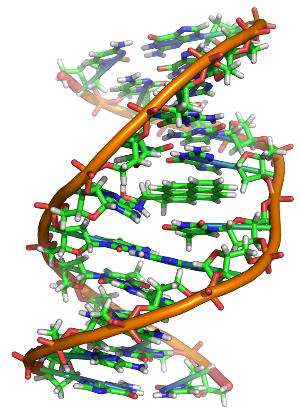 Before we can understand the health situation of Akitas, we need to understand basic genetics. Genes make all living organisms, including man, work. I could explain about genes, alleles, and genomes but let's keep this very simple. The health issues of Akitas are mostly autoimmune problems like SA (sebaceous adenitis) and VKH/UDS (Vogt-Koyanagi-Harada disease/uveodermatologic syndrome) and lesser problems including allergies and hypothyroidism. Dogs have over 25,000 different genes, but there is one area in all our genes that makes the immune system work. In humans this is called the MHC area (major histocompatibility complex) and in dogs this is called the DLA area (dog leukocyte antigen). The best example to describe this system when it's working well is a full symphony orchestra with all the different instruments. A good immune system has it all and can play awesome music!

It's very hard to study autoimmune diseases and find a solution. Many studies before and now have shown that it's almost impossible to find one common genetic factor among sick dogs with SA and VKH/UDS. There's no one bad gene that makes these dogs sick; past studies have shown that there are multiple genes behind these diseases. When we narrow genetic diversity, things can go badly wrong and the chance to get bad genes is very high.
In the history of dogs there have been many genetic bottlenecks, starting when dogs separated from wolves and domestication started, over 10 000 years ago. Each of these genetic bottlenecks will take some instruments away from our well-working symphony orchestra, and we're not getting them back. Once you lose these genes, you can't get them back in a closed population. Let's think about Akitas. We could say our first genetic bottleneck was after World War II when the Japanese started to rebuild the breed with the few Akitas left after the war. Let's say then we lost the brass section of our orchestra by the genetic bottleneck. Closing the registry and making Akitas an official breed also made us lose some parts of our orchestra and stopped the process where we could get new genetic material from different populations.
The next biggest bottleneck came when the Japanese established the breed. In making the type stable, they chose only three colors from all they used to have (look at American Akitas and you see the color range). This was when we lost the woodwind section from our genetic symphony orchestra. We can already hear that the music this orchestra makes is not right, but we can still hear and recognize the new music, though it is not so marvelous as it used to be.
Now we move to the golden 90s, where it was natural to use only popular show-winning sires for breeding. This effect can be seen in every Japanese Akita pedigree when you see ten or more generations. With Akitas this popular sire was Ise Unryu No Ise Meiwa Kensha, who is now behind all Japanese Akitas. In most pedigrees this dog can be found several times. The use of popular sires makes us lose the string section of the glorious symphony orchestra. Now we can clearly see that things are not working, and we are losing other orchestra sections one by one and never getting them back. The music is not great anymore: you can still tell which song they are playing, but the power and glory are gone and the orchestra struggles to play. This is the genetic situation with Akitas and many other breeds at the moment.
Many people think you should see clear signs of inbreeding, like this funny banjo-playing dog, or like more dead, seriously ill, or retarded dogs. But inbreeding is not like that: the signs are smaller, like more allergies, more autoimmune issues, and more breeding problems. All this comes because we are losing genetic diversity and our immune system orchestra is not working right.
So what can we do now? We can't get the lost genes back in a closed population. We can try to find lines that have been lost and not used that much, but the fact is these problems are old problems. Early Akita breeders in the USA remember these same problems from the start, and lines didn't matter. Because these health problems can be found in both Akita breeds, we can say the problem started at an early stage of the breed's history, and we surely have not made the situation better. But does this mean the breed is dying? Most likely not, but the health situation will only get worse with closed population breeding. We can try to monitor the genetic situation with gene testing and try to keep all the instruments playing in our orchestra, but that won't let it play the marvelous music again.
The solution to this problem is very simple: we need to outcross. This means we need to crossbreed the Akita to another breed or breeds to get more genetic diversity--more instruments to play in the orchestra of the immune system. Crossbreeding is the only way to get it all done, because you can’t get new genetic material after the breed register is closed. It's a scientific fact that in time all closed populations start to show signs of inbreeding depression (e.g., autoimmune and breeding problems). This happens not only with domesticated animals but can be seen in nature with wild animals, too.
If we want to keep this breed alive and healthy, we need to be creative with solutions. We need to rebuild the breed genetically and continue to breed with close monitoring of genes (We can’t do just random crosses..). Luckily these days we have good tools for that with gene testing and health tests. One of the biggest factors is that breeders need to be open about health issues and not hide them. It is always better to know the problems before you make your breeding choices than to find out afterwards.

This text was inspired by my conversation with Dr Niels Pedersen at the University of California, Davis. Big thanks to him for taking the time to talk with us Akita fanciers!

Republished with the kind permission of the author: Saija Tenhunen