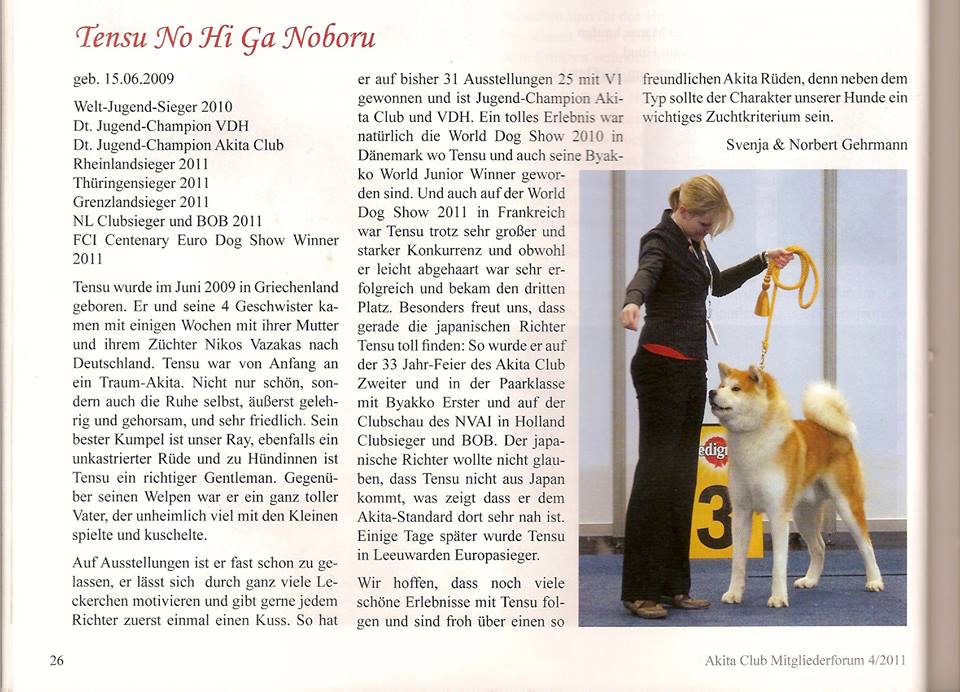 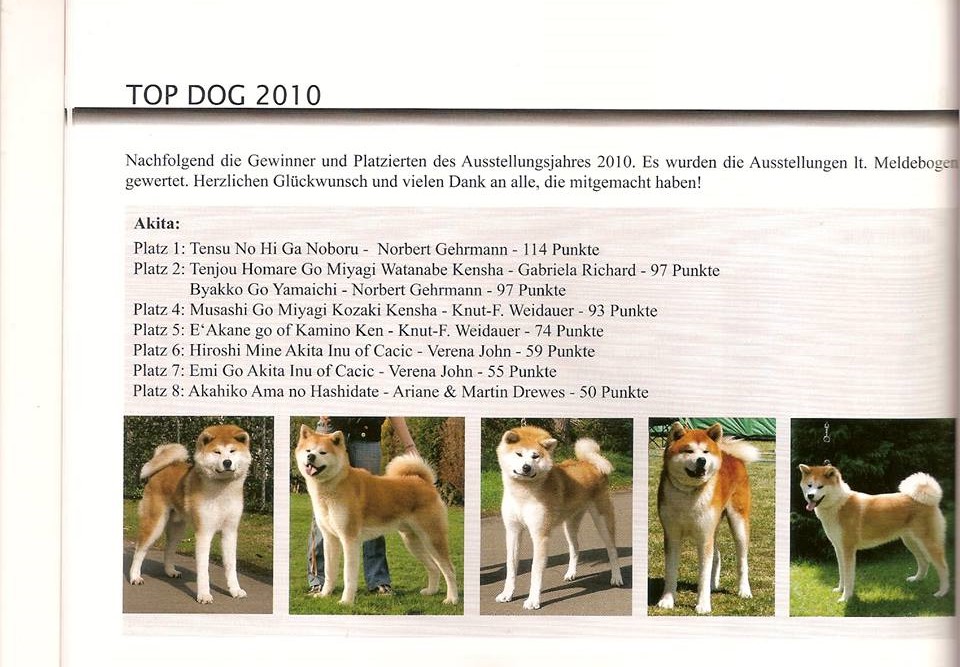 Tensu was born on June 2009 in Greece. He and his 5 brothers/sisters came to Germany with his breeder Nikos Vazakas. Tensu has always been a dream dog. Not only beautiful but also very obedient and calm. His best friend is our "Ray" , a non neutered male , with females Tensu is a real gentleman. With all his puppies he has been an excellent father who really contributed to their character with his playfulness and kindness.

In dog shows he is very calm, gets lots of treats from everyone and he likes to greet judges with a kiss. His most important titles are:

Other important moments were in Denmark's 2010 world show where Tensu and Byakko became World Junior Champions. In 2011 World dog show in France , Tensu wasn't full coat and with extreme competition he managed to get 3rd place. We are very satisfied that Japanese judges consider Tensu an excellent Akita. In NVAI Holland, Tensu won Club winner and BOB, the Japanese judge couldn't believe that such high quality Akita wasn't bred in Japan. A few days later Tensu was Leeuwarden European Winner.

We hope that more exciting experiences will follow and we are very happy to live with a noble and calm male akita like Tensu. Besides the breed standard we strongly believe that our dogs' character is very important.

(Note: On 2010 Tensu was the No 1 Akita in Germany according to Akita Club grade system and in 2011 he was No3 even though he didn't participate in many shows.)